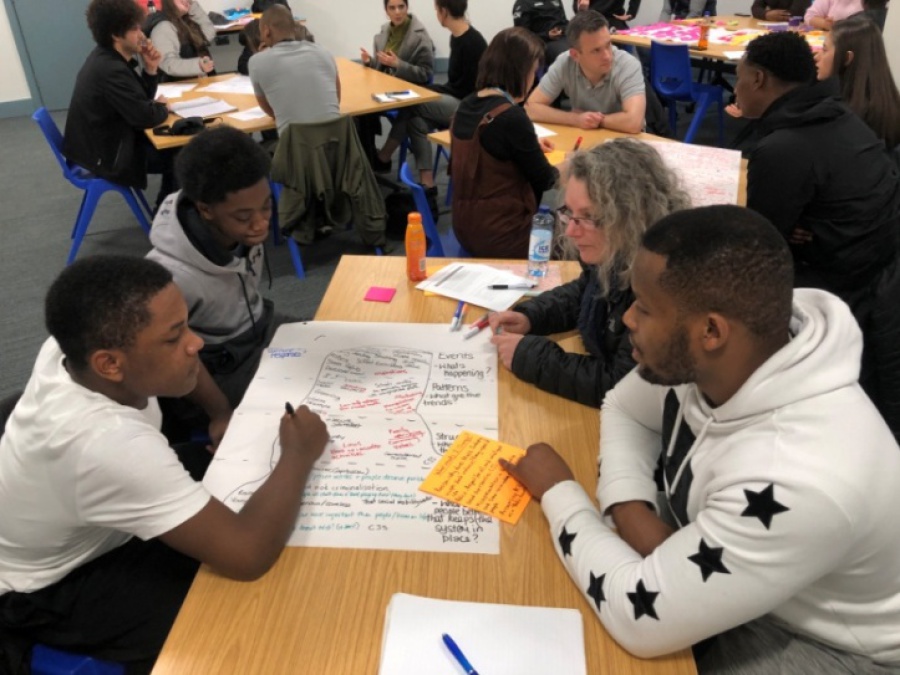 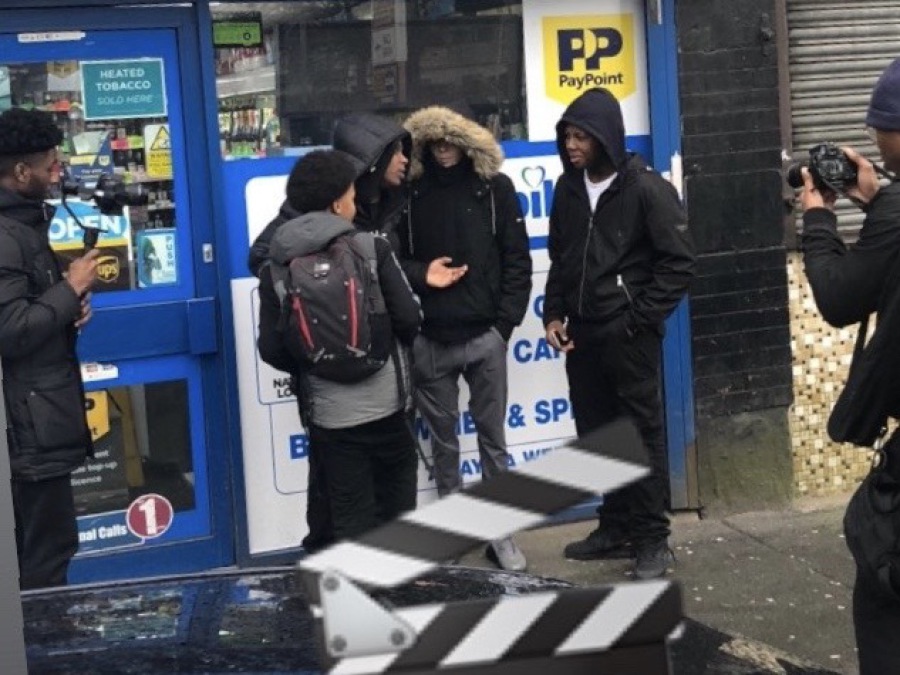 Our new younger Grove Village lads meet up weekly at a drop-in session, as well as regularly on the streets. We had been discussing with them the issue of youth violence, and particularly knife crime, and. as part of this discussion, took them to see the movie, Blue Story. After seeing the movie, the lads decided to make a short film about life in their community, youth violence and young people’s choices. The group created a story, with support from a local playwright, and then acted it out in front of the camera! The film was screened at M13's 25th Anniversary Event. Making the film, and the discussions that took place whilst doing so, have helped shape their thinking about youth violence, causes and consequences and their physical and mental health.  The lads followed this up by attending a city-wide conference with youth practitioners and young people at which they discussed ways in which the city could address  serious youth violence and knife crime.  The young men who attended were excellent representives for the M13 Youth Project and gave thoughtful insights into some of the things that influence and shape young people's involvement in knife violence. 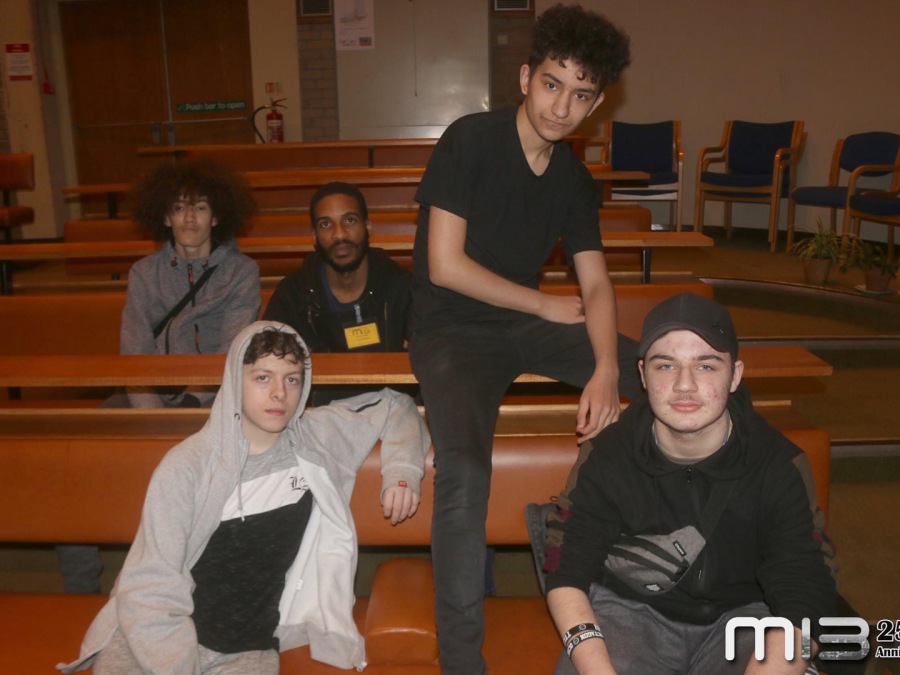 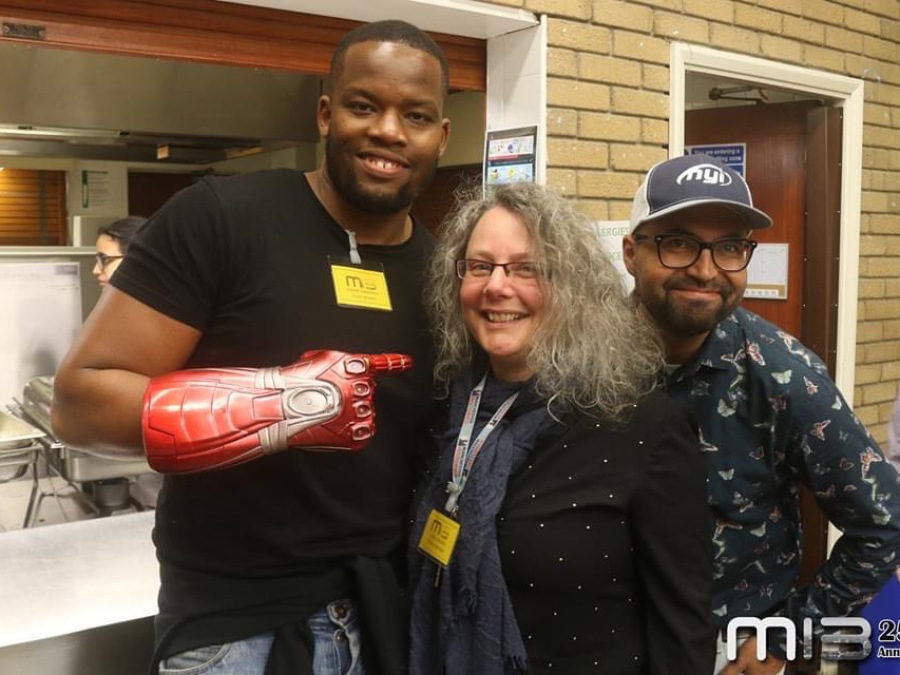 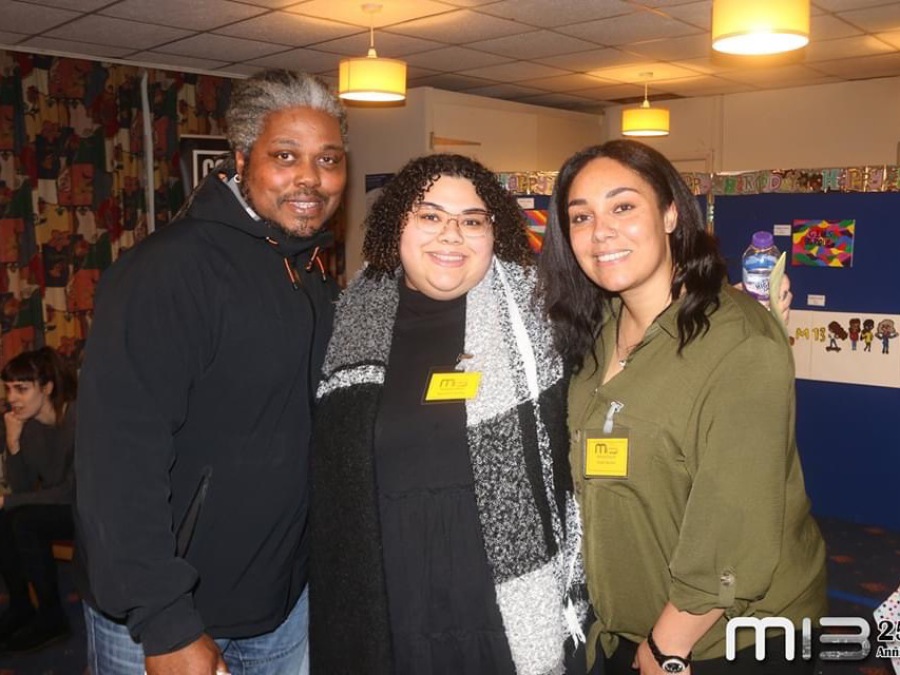 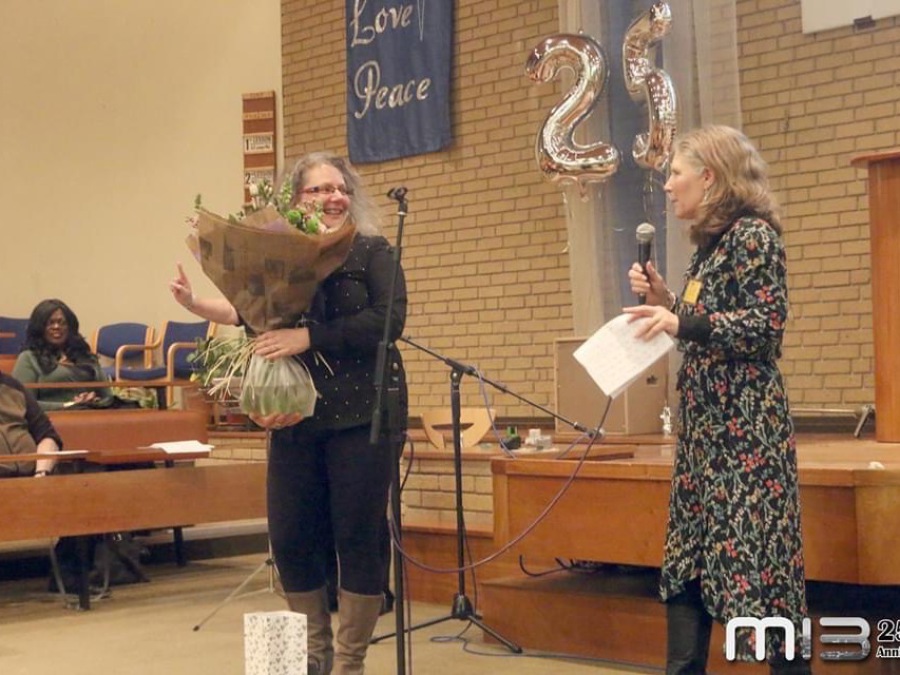 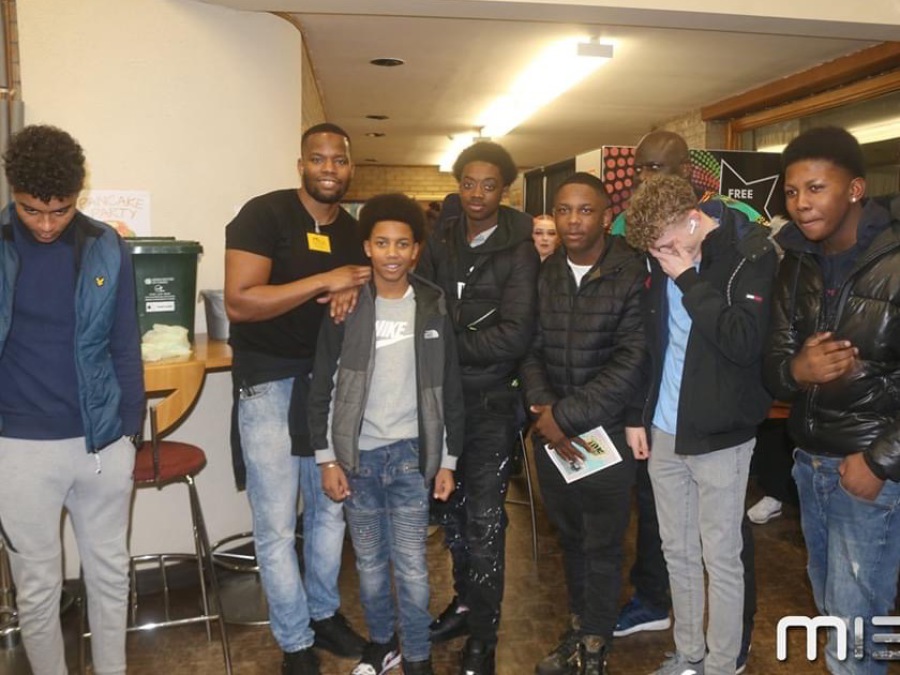 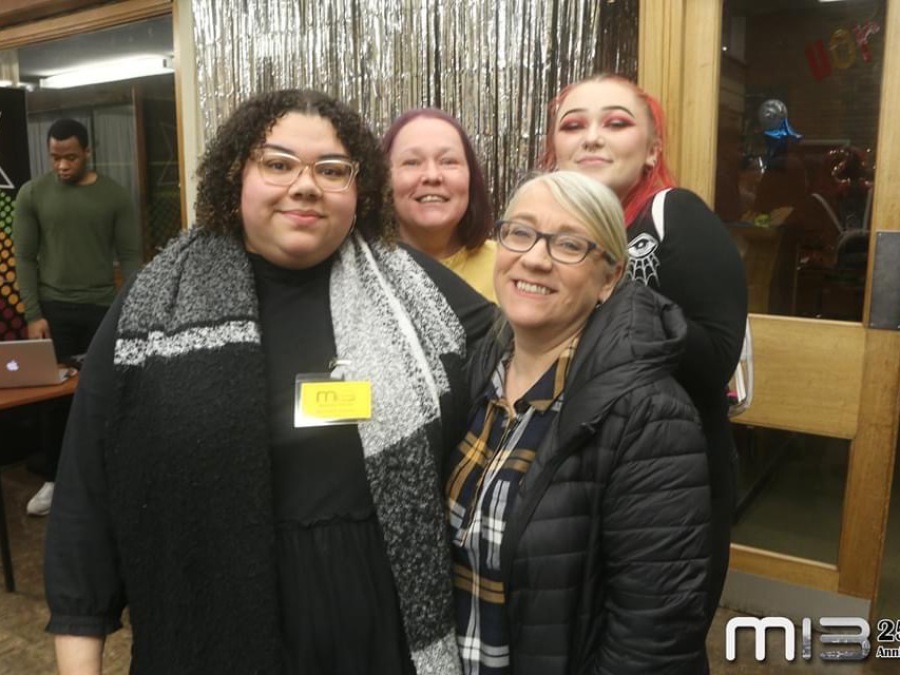 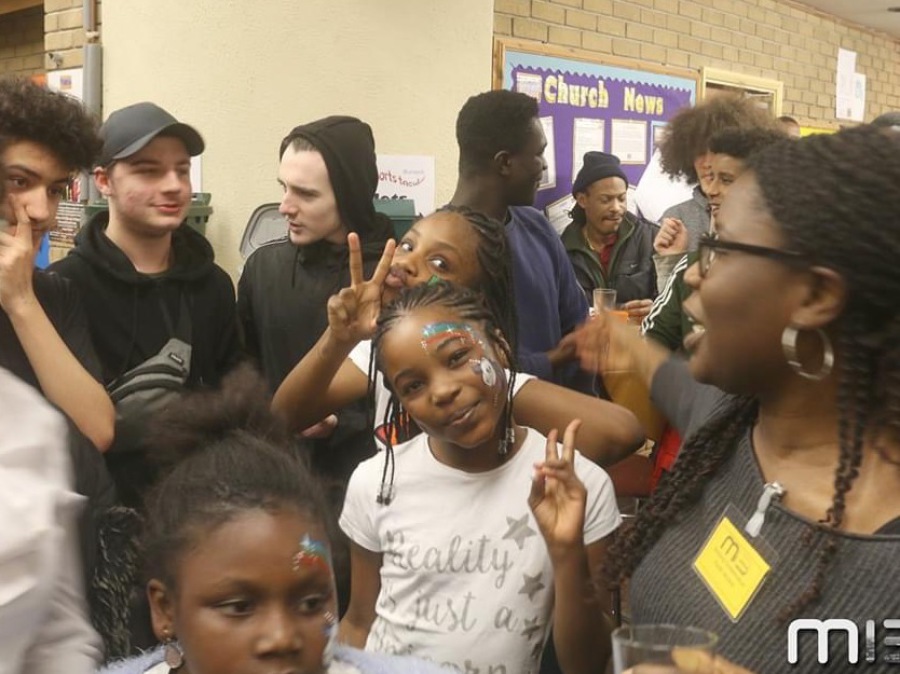 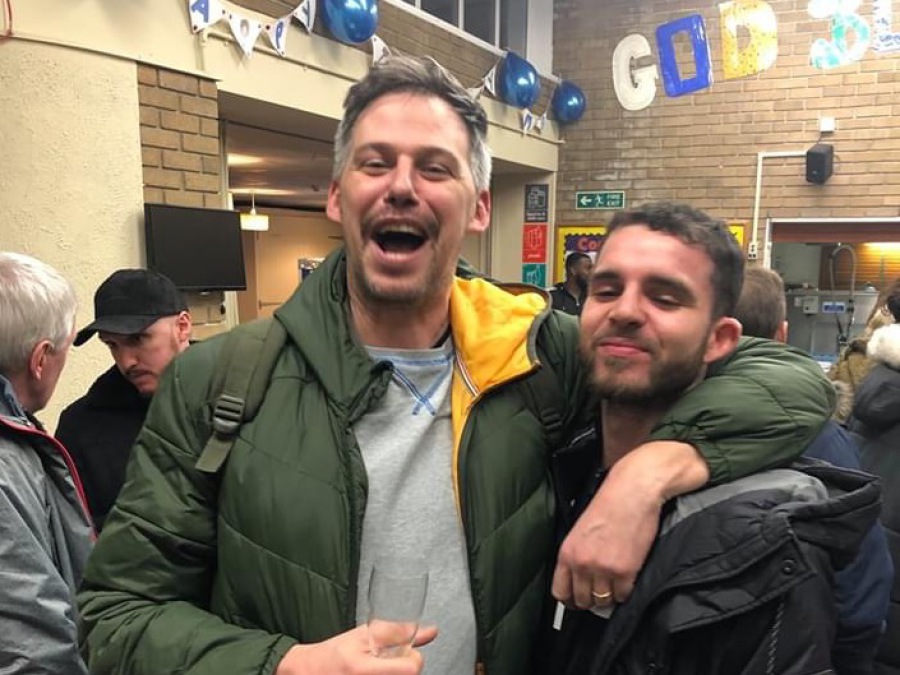 This year M13 Youth Project celebrates its 25th anniversary!  In February, working with local young people and the Contact Threatre, we planned and held a community event to celebrate and exhibit the remarkable skills of young people as well as enjoy great food, a photo booth and live DJ. On the night, young people showcased:

The night was attended by both current and former younger people, local Manchester community organisations and partners, parents, trustees and members of M13.  The evening was a huge success and gave everyone the opportunity to reflect on and share some of the great memories they had of times spent with the project and the M13 workers. 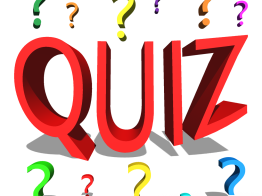 During the last 9 weeks of lockdown we've been challenging the brains of local young people with our weekly quiz on Instagram Live. With gift card prizes for 1st, 2nd and 3rd places, we encouraged young people to get involved with their families or whoever they were in lockdown with. The quizzes covered topics such as general knowledge, sports, science, geography, movies, Disney, Marvel and even a round on the M13 Youth Project! Young people and children from the age of 7 to 18 enjoyed getting competitive together. 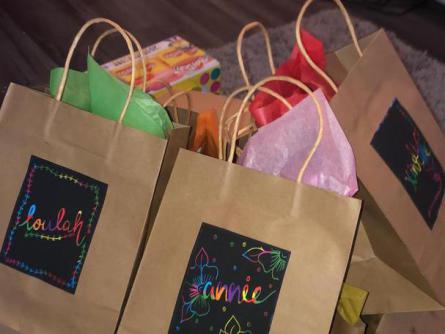 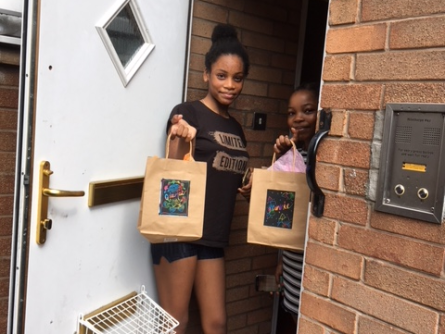 With many young people stuck indoors and getting bored during lockdown, we decided to surprise the girls from our girls' groups by delivering survival goody bags to their homes. The personalised bags contained fun and creative resources to help the girls to reflect, relax, get creative and hopefully have some fun! Amongst the surprises were an activity booklet, sachets of hot chocolate, face masks, playdoh and socks! Two of the girls told us that they had great fun on video chat together putting on their face masks and drinking hot chocolate! 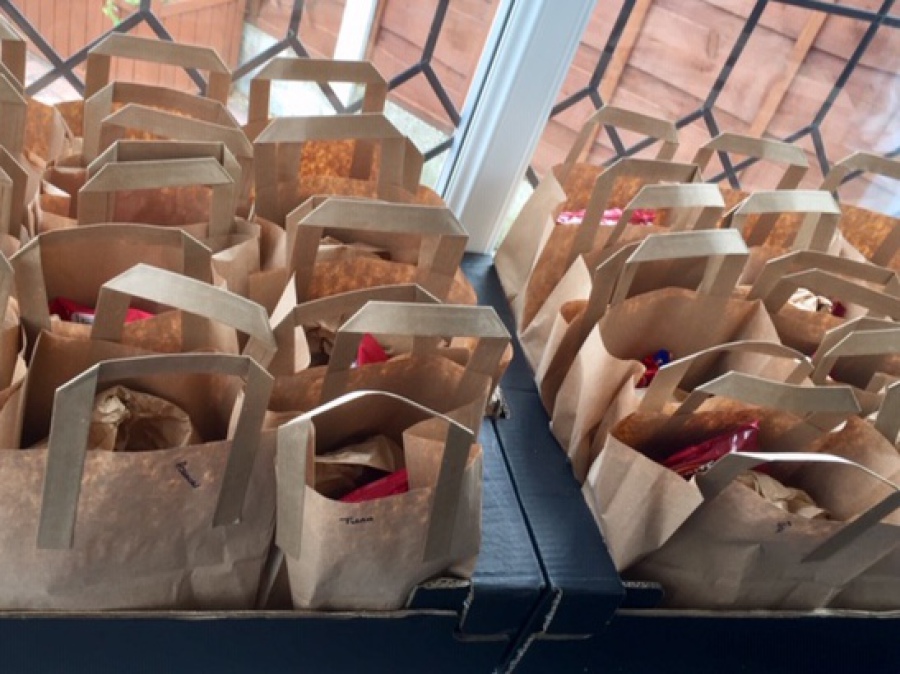 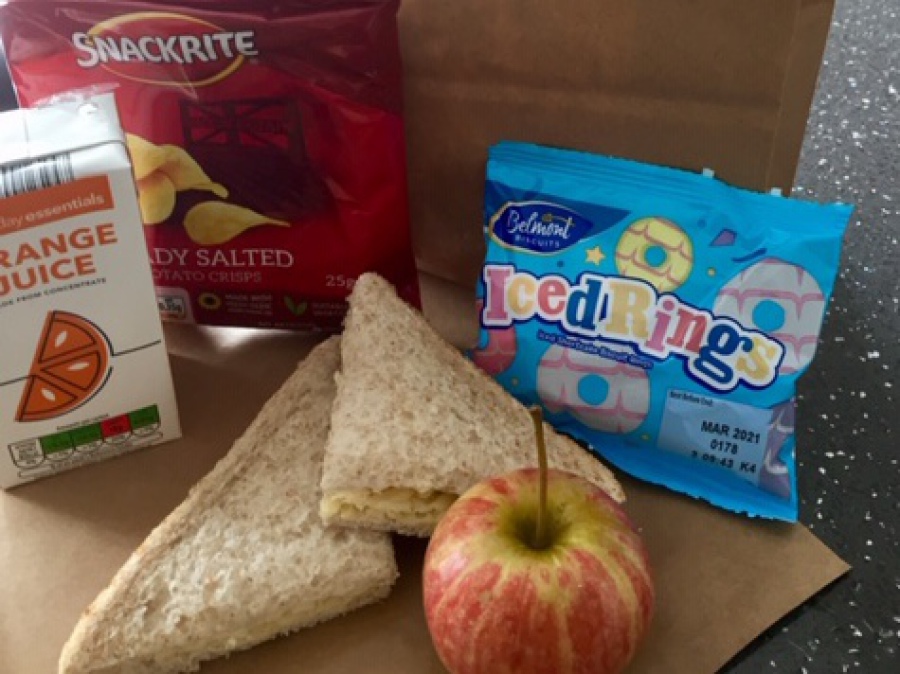 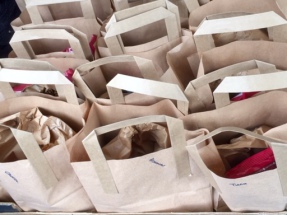 Thanks to a grant received from the One Manchester Holiday Hunger Support Fund and support from Loveworld Central Church Manchester, we were able to provide a nutritious packed lunch for 72 children each week attending our Summer Play Ranger sessions over four weeks of the summer holidays (288 packed lunches in total!); helping them to keep up their energy levels for all the fun games and activities! 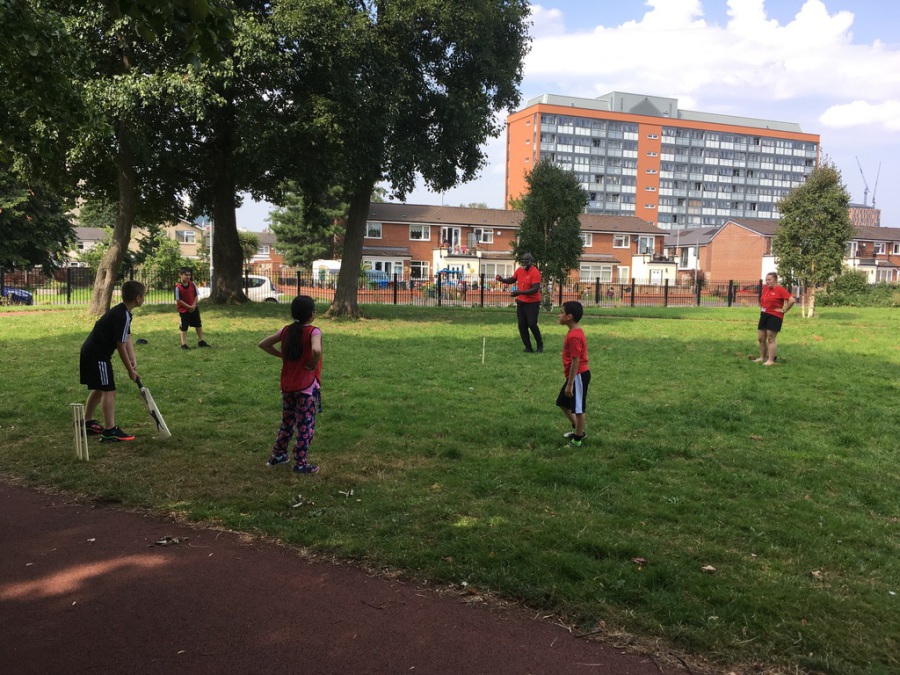 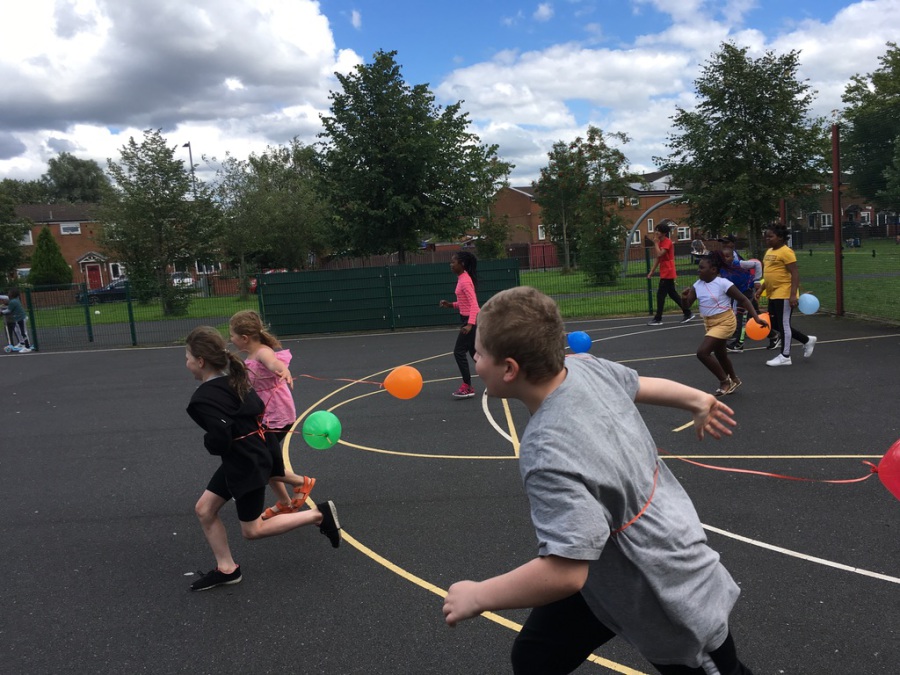 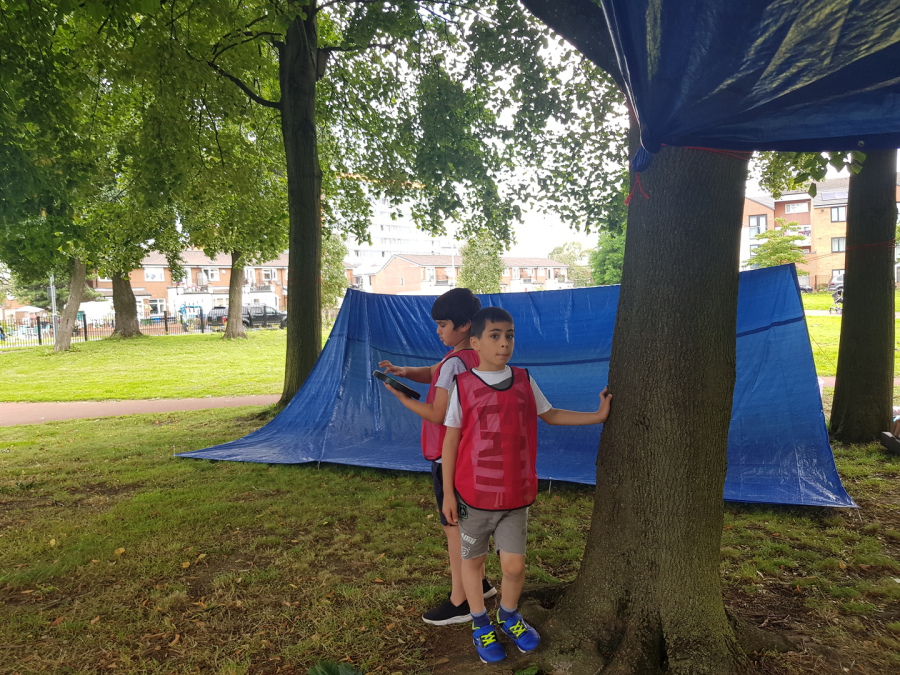 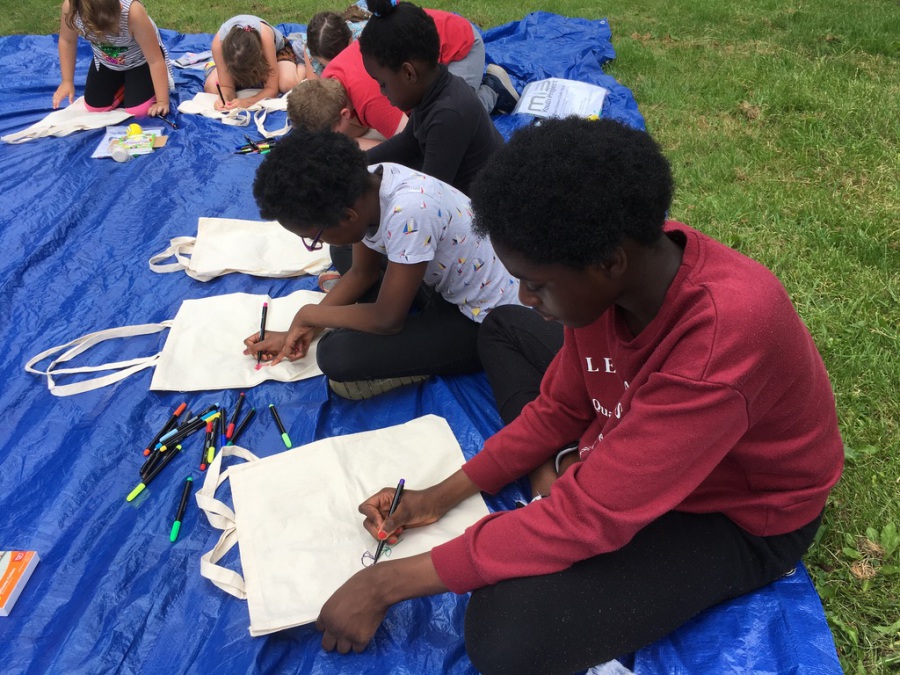 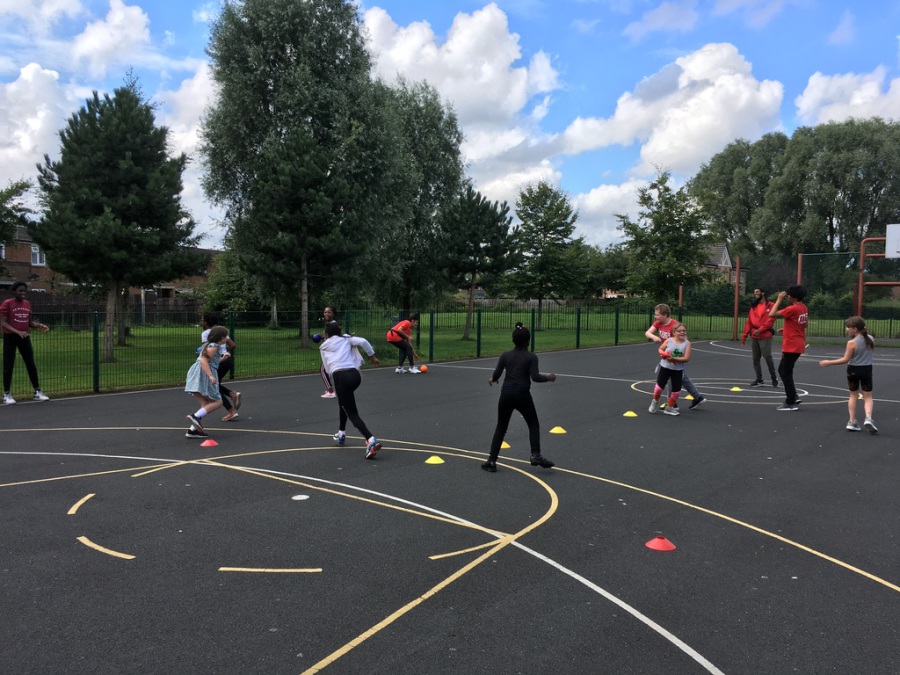 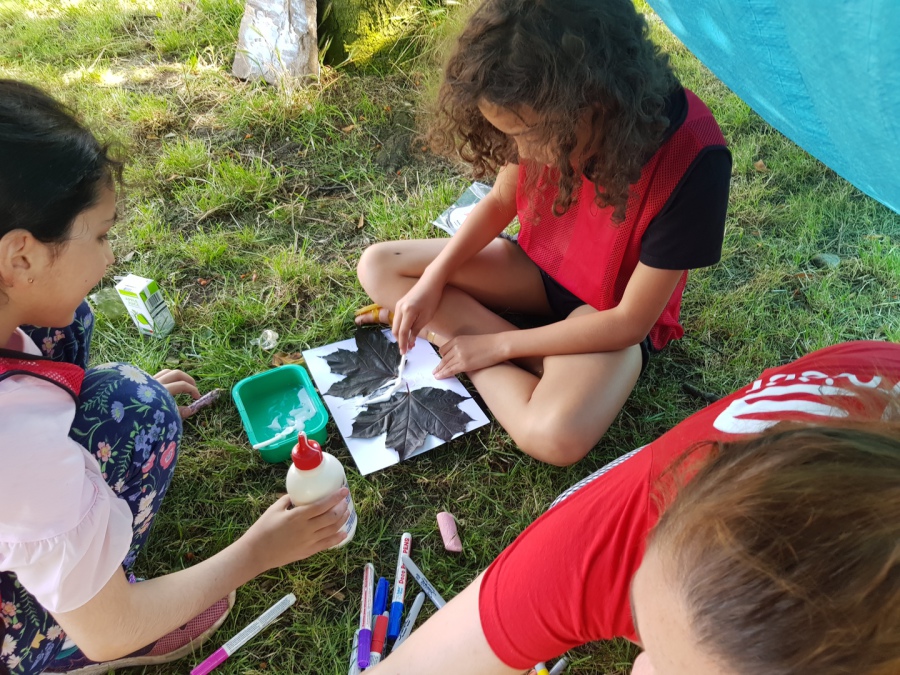 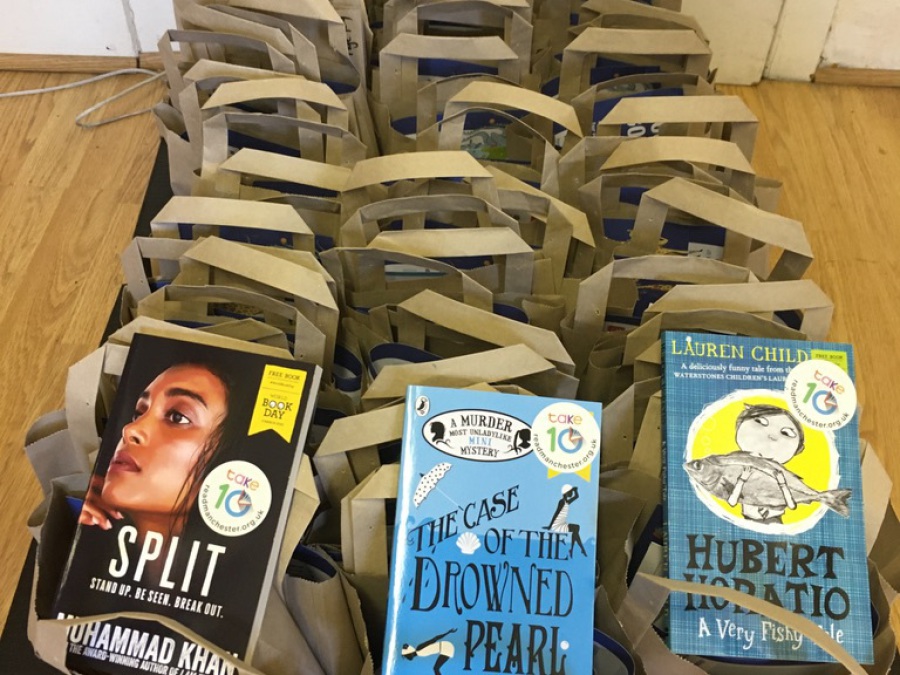 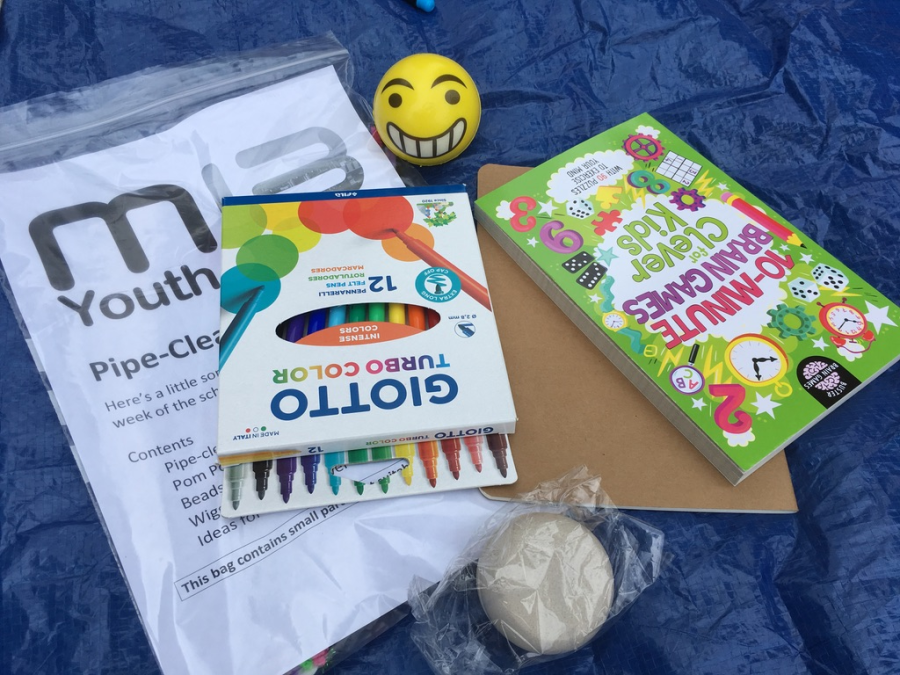 Over the summer we provided 24 outdoor Play-Ranger sessions - two per week in each of Brunswick, Grove Village and Coverdale.

The sessions provided the children with a variety of activities that kept them safe, entertained and that fostered learning, creativity and enjoyment in outdoor environments, promoting the use of local parks and green spaces.  We were also able to provide every child with a packed lunch each day (see news item below!). The activities and 'lunch-time', where we all stopped and ate together, picnic-style, created space for workers and children to have fun, chat and get to know each other better.

The sessions ran in the sun and rain and still had children attending and ready to engage, using the elements as part of play - kite-making in high winds, water balloon fun in the sun and den building in the rain - which also provided opportunities for learning for both children and workers!

During the playscheme we were offered books through the Manchester Libraries Reading Scheme, so each child attending who wanted one, received at least one book to take home.

On the final session, we gave out 'goody' bags, containing various crafts and activities, to occupy the children during the final week and a half before school started again.

We worked with a total of 85 children from 65 families. The children really enjoyed the opportunity to have fun outdoors with each other and the M13 staff - here's what some of them had to say:

"It's been fun, especially when you're bored at home.  It gives us something to look forward to" (girl, 6) 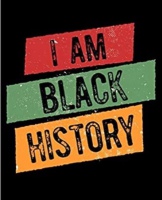 During October, M13 was delighted to celebrate Black History Month with young people in the community, through a host of activities both online (including a daily Instagram post celebrating Black British pioneers) and face to face.

While it was impossible to condense the achievements and contributions of black people into a month, the activities undertaken with young people gave them an insight into the richness that comes from a history that hasn't been given the attention or praise it deserves. During the sessions young people were able to discuss, in a safe place, their experiences of being black in Britain and were joined by guest speakers, who inspired the young people with their life stories and achievements.