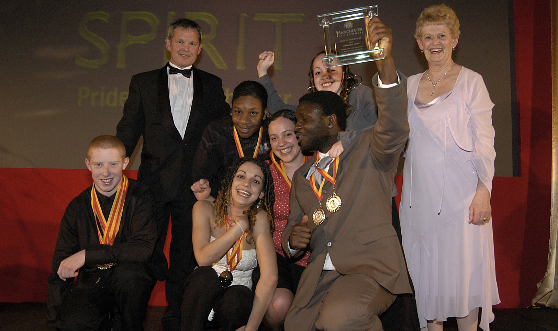 Community Spirit was a group of Brunswick young people with a purpose, that grew out of a discussion about trips in 2003. They wanted to run a programme of events for younger children in the community, whom they felt had little support. The Project ran in different forms over 3 years; initially the group names themselves Young People's Council, and the following year, chose the name "Community Spirit".

In 2003, a group of local young people whom we had been working with regularly on the streets wanted to meet with us to discuss their ideas for summer activities. Little did we know they weren't thinking of the usual trip to Alton Towers! When we met, they presented their plans to 'do something for the younger kids locally, who've got nothing to do.' Young People's Council was born. We set up a series of meetings to plan what we could do together and we worked with the group to train them in basic youth work and children's work skills, child protection and health and safety. They then ran a summer club of sports, dance, arts and crafts activities with local younger children aged 7-11 yrs.

In 2004, the Young People's Council decided to run another set of summer activities for local younger children, based on their experience the previous summer and using their own learning around anti-racism strategies, from the Rewind Anti-Racism training they participated in earlier in the year. They renamed themselves Community Spirit and chose to run educational workshops for local young people around anti-racism and drugs awareness. They planned, learned and developed training programmes for 11-14 year olds, to equip them to resist drug misuse and to deal positively and pro-actively with racism. The summer programme ended with a Community Celebration of their work including a play and artwork.

The next year, the group came back to us saying they wanted to run a weekly drop in club. The youth club ran weekly through to December. The group organised activities, talks, crafts and cooking, alongside a tuck shop, sports, games and the ever-popular pool and table tennis. The group also planned and ran two trips out - bowling and ice-skating. It was a real joy to see the members of Community Spirit taking such a positive lead, engaging younger teenagers in conversation, listening, supporting them and giving wise advice. The club attracted on average 20 young people per evening, who were so impressed with what their older peers were doing, they nominated the Community Spirit young people for a Manchester City Council Housing Community Award.

In February 2006, we were contacted by the City Council to say that Community Spirit had reached the final of their category - Young Person's Contribution to the Community - and the group were invited to the Town Hall for a Gala Dinner and Winners Awards Presentation. In early April, six members of Community Spirit and two parents arrived at the Town Hall in high spirits, to an amazing silver service meal and an ''Oscar's-like' award ceremony. Fantastically, and in spite of really strong competition, Community Spirit won their category!

Then came the final, overall award for the coveted title of Pride of Manchester, into which all the nine category winners were entered. Incredibly, and to our great pride and delight, Community Spirit won the Pride of Manchester Award too!!

As a project, we are really proud of and impressed by all that the young people of Community Spirit have achieved. They worked incredibly hard, not only during the running of the club, but in the planning, training and preparation as well. We are delighted they won such a prestigious award and received Manchester-wide recognition for their efforts and it has been great to see the positive buzz amongst young and old alike in Ardwick, as the news has spread, courtesy of the Brunswick Newsheet. Many adults have gone out of their way to say how great the young people are and how proud they are to have them living in Ardwick. The young people simply set out to do something for the ''younger' generation, whom they wanted to support. They had no idea they were involved in such a positive example of youth participation and community cohesion.

Thirteen years later, three of the young participants in the original Young People's Council activities are now running youth work with M13. What goes around, comes around - in this case in a very positive sense!